2012 Flexicurity, an answer to inequality 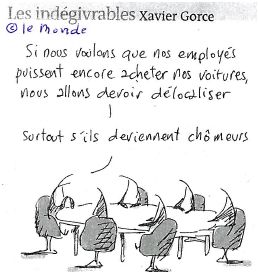 Flexicurity, an answer to inequality?

The labour market today is under severe pressure in all European countries. The crisis is (ab)used to change hard-won labour rights fundamentally, with negative consequences for the most vulnerable groups in the labour market. They are pushed more and more into precarious, temporary and inferior jobs with negative consequences for people living on the edge or in poverty. Poverty rates – even for those who have work – are rising alarmingly.

For the EU a harmonization of working conditions is the basis of their social model. For this purpose, the concept of ‘flexicurity’ has been elaborated. Flexicurity is a model based on a policy of easily dismissal and recruitment, simultaneously compensated by a generous social security system and an active employment policy. However, the crisis is making generous social policies and an active employment policy impossible. Flexicurity has now become the fig leaf for a policy that breaks down social protection.

Starting from the observation that flexicurity is the basis of the current European social model, we wish to explore in this two-day working seminar, the potential for another social model that is based on the capabilities of people. This model starts from a different industrial model both socially and ecologically, and fights against poverty and precariousness.

We have examined the impact of the crisis on the labour market with five testimonies from five EU countries. We explored the (im) possibilities of flexicurity for a European social model, its effects on poverty and precariousness. We examined the culture of the new capitalist model and promote discussion of another industrial model and therefore of an alternative labour model.

Are their possibilities for change? Five successful large-scale actions in five different countries shows that a new social model is possible. Five moments of hope for a different futur. Another social and industrial model needs successful action.

Work and welfare in times of crisis in the EU: analysis

1 What do workers gain from flexicurity in times of crisis? by René Lehwess-Litzmann (Soziologisches Forschungsinstitut Göttingen (SOFI))

2 Workers’ rights and working conditions in free fall. The state of play in

Work and welfare in time of crisis: policy proposals

4 The macroeconomic conditions for a transformative social and employment policy by Jeremy Leaman (UK, LoughboroughUniversity and EUROMEMO GROUP)

– Halt to the neoliberal deformation of Europe

– The fiscal preconditions for a transformative social agenda

From(University of Louvain, HIVA) you find his ideas about lifelong learning:

6 Strategies and methods for action:

the example of CNCA (IT) by Mauro Giacosa

the example of the Poverty Alliance (UK) by Peter Kelly

the example of Just Fair (UK) by Jamie Burton