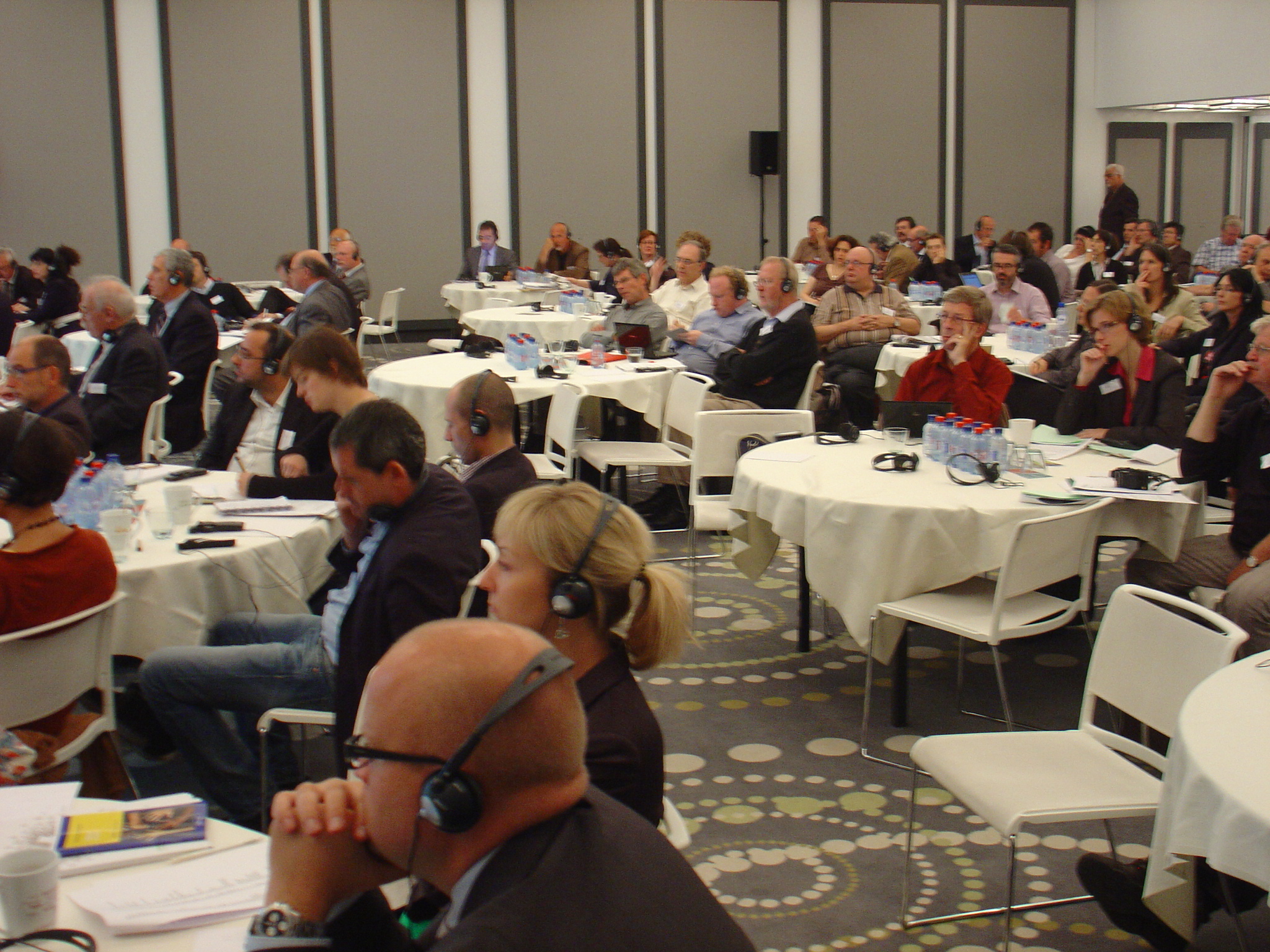 The EU2020 strategy set the ambitious target of reducing 20 millions of persons living in poverty, but it is hard to find how the actions taken at national level will make it real. On top of that, the austerity measures adopted in several countries against the crisis created side effects further exacerbating the situation of people living in poverty and other vulnerable groups.

The Christian Workers movement inWallonia, MOC, and the Flemish sister organisation ACW undertook already in 2010 a broad process of consultation and reflection on the European policies against poverty with organised civil society and social partners. This long process resulted in a two-day Conference on the 19th and the 20th of September 2011 in Brussels with the purpose to put forward concrete messages and so influence the next European political semester.

The first day of the conference on 19th September centred on the analysis of the first European semester and of the situation in different countries, while the second day focused on strategies for a more social Europe.

Our conclusion is that there is an imbalance between the social and the economic governance of Europe.

Three workshops gaves us an insight of the national reform programmes implementing the EU2020 in different EU countries.

Different national cases such as the one of Denmark,France,Poland,Italy, Belgium, Sweden, Austria, Germany, The Netherlands, Spain, Romania and United Kingdom were put into context.

Looking in general at the participation of CSOs in the NRP process, it has been very poor. This was mainly a ministerial process. In addition to that, short time was given to react when the NRP was out.

The national cases pointed the need of a social renaissance. Even in countries where there aren’t many problems (Sweden, Denmark, Poland, and others) the governments are following a policy of social demolition. In some countries like the UK and Germany the social demolition is high and these countries are mainly seen as the flagships of Europe.

All these national cases discussed at the Conference pointed the need for civil society to mobilise and put social issues on the political agenda.

In the afternoon the conference started with a video message from Herman Van Rompuy and a discussion with his head of cabinet. The message was clear: the member states are responsable for their social architecture and for the economic balance. We need an austerity policy to avoid a social demolition in the future. Solidarity between member states is difficult but Europe is working on it.

Then we discussed the dramatic situation in Greece, Ireland and Portugal. In these countries we don’t find any hope, people are leaving and looking for a better future abroad. The social demolition is more than a welfare demolition, its affects seriously the social state, the living together in these member states.

The last part of the first day was for the think tanks. Four were invited: OSE, CEDAG, Madariaga Foundation and Euro Memo Group.

Concusion was that an other Europe is possible. Their is also an other social and economic policy possible. It is even possible to find support by the public if Europe finds a new legitimation. The anti-poverty policy has disappeared from the scene and is hidden in an annual conference with bureaucrats, called the platform. But a strenghtened open method of coordination could help us a lot.

The second day started with a discussion between Jos Geysels, Decenniumdoelen, Fintan Farrel form EAPN, Stephan Backes from BAPN and Claude de Nachtergal from ETUC. If we want to influence Europe we need to look for more alliances, to be a part of the economic discussion, and to be concrete. We need sharp and detailed proposals.

Civil society organisations can organise strong mobilisation in favour of a better social agenda. In doing so, they have the interest of forming wide alliances with trade unions and to find common objectives and to make progress our social model.

In three workshops we discussed about the need of a tax harmoniation in order to have more welfare and less poverty, about the need for European social minimum standards and for more participation. 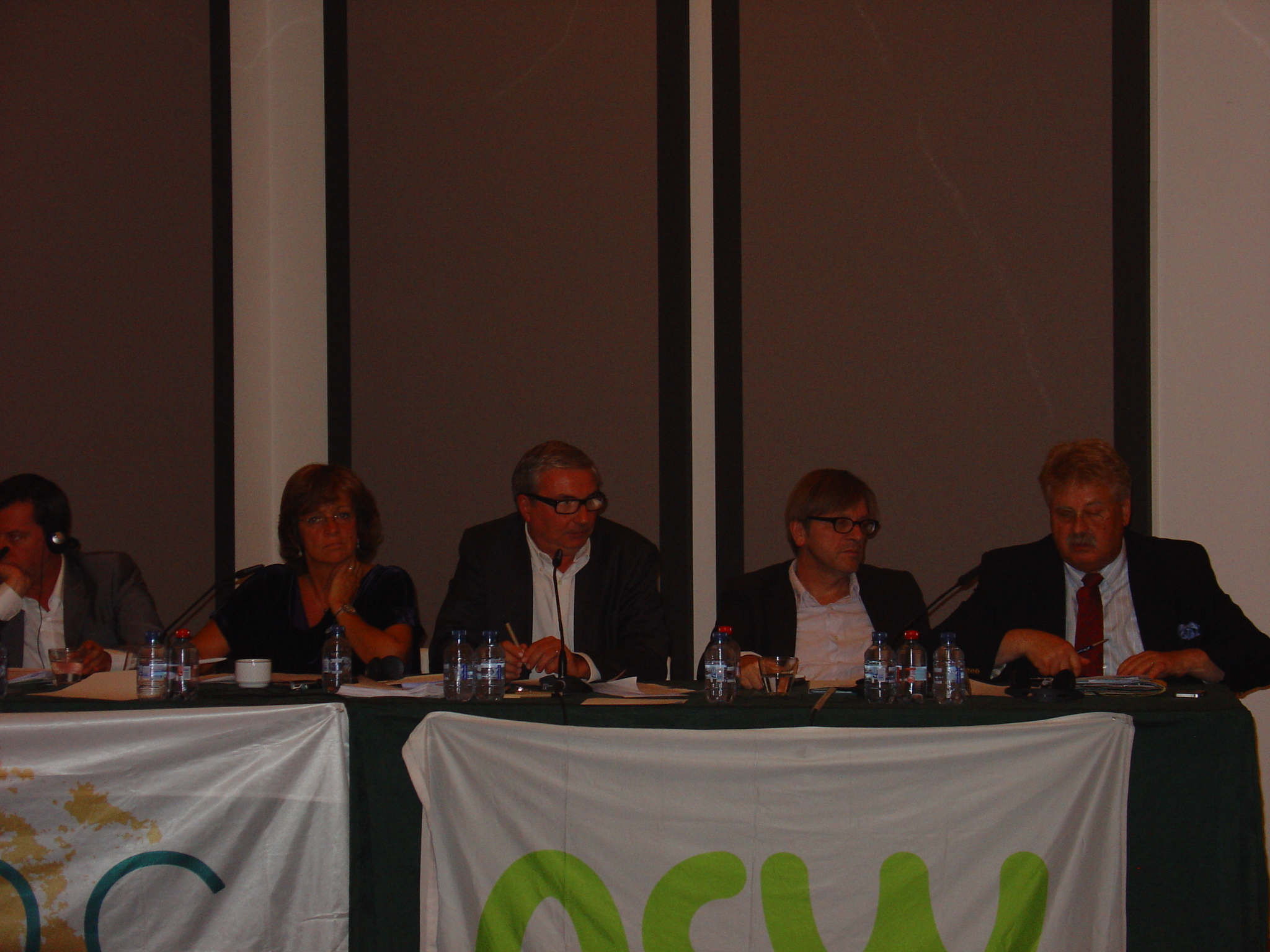 In the afternoon we discussed with the members of the European parliamant. But first we presented our demands. The members asked for more Europe to obtain a more social Europe. That was the message.

Documents of the Brussels Conference of September 2011